Secure your spot and get started today with our EXCLUSIVE offer!

By opting into the web form above you are providing consent for Active Martial Arts to send you periodic text messages. Standard rates may apply. You can reply HELP at anytime or learn more. You may opt-out anytime by replying STOP. 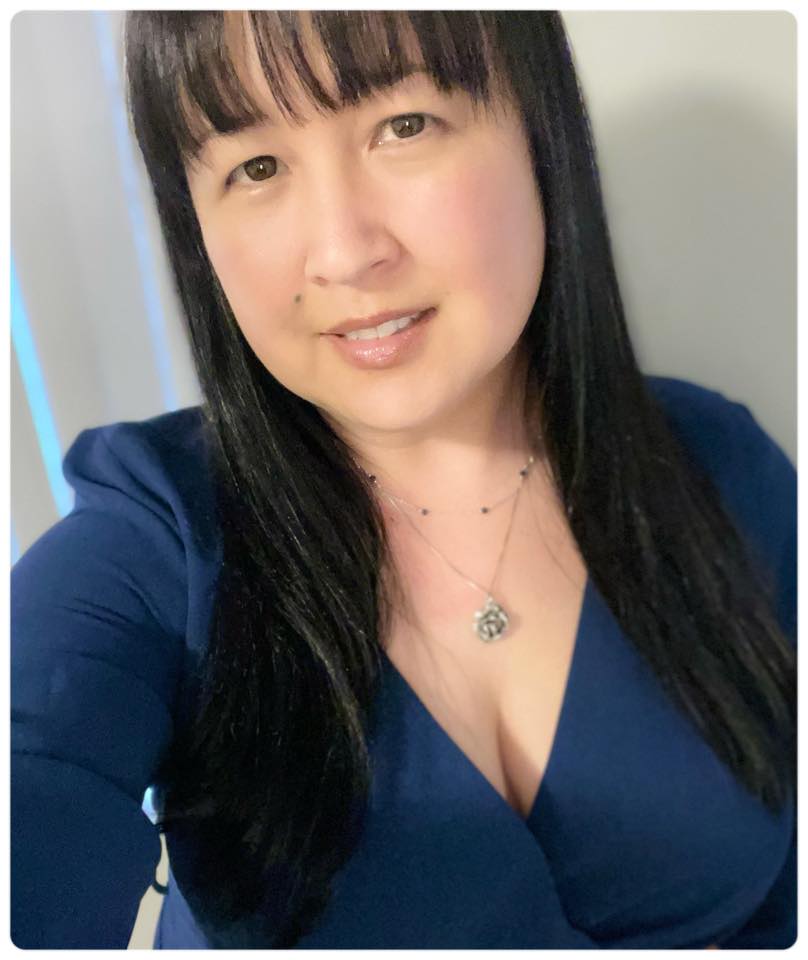 We love Active Martial Arts, and we truly love Mr. Cameron Kyle's classes and teaching style! He may be a young instructor, but he's better with young children, and encouraging them to achieve their best self than most older adults I know! We are very lucky to have found Active Martial Arts!

My son is 7 years old and has been begging me to sign him up for Martial Arts, and AMA is the perfect fit for us. We started in the Super Heroes class, now in the Beginners class. And still loving it! 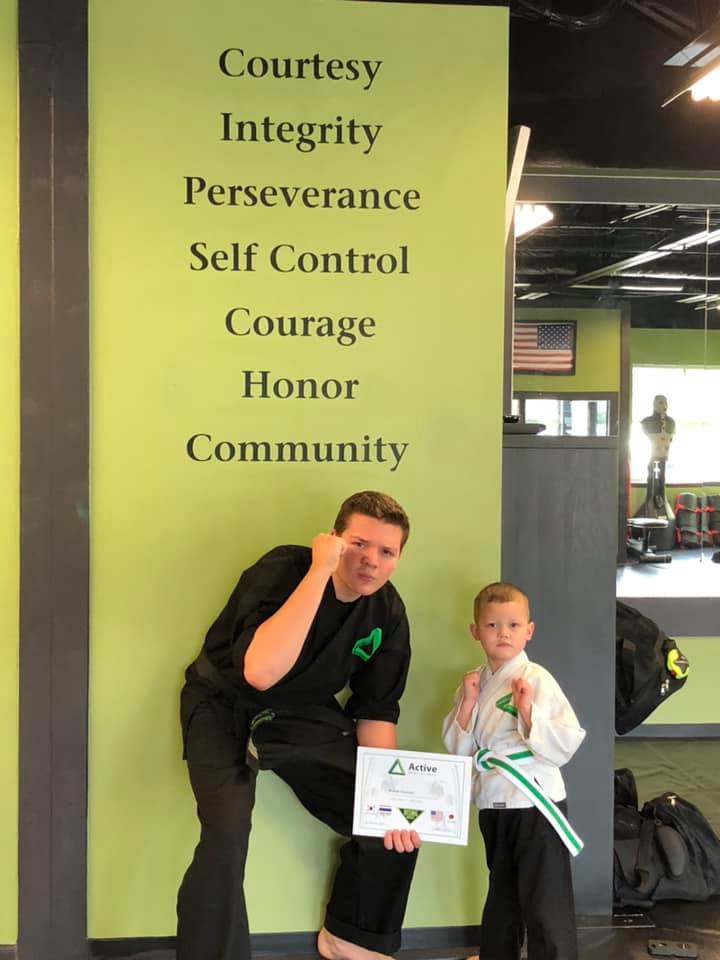 Active Martial Arts is a wonderful place. I have been taking my son since he was four years old. In addition to martial arts they also teach him other life skills. He now knows how to properly introduce himself; talk loud and clear, hand out and looking straight in the eye. What to do if a stranger grabs him; lock his legs, scream for help, bite. He also shows more respect towards others, demonstrates first time obedience and has better listening skills. All this and so much more is thanks to Active Martial Arts, and the best part is he loves going to class! 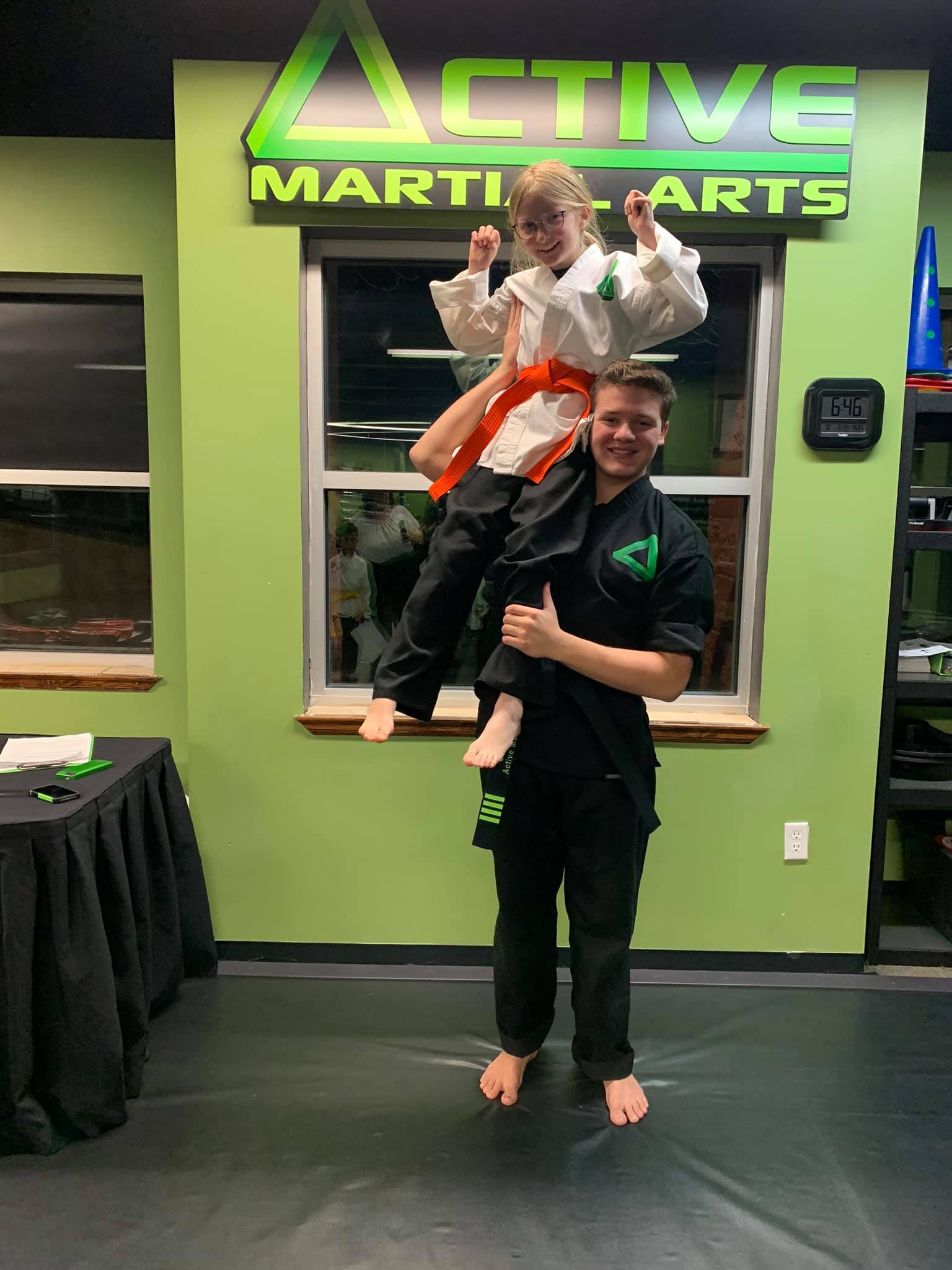 I can’t tell you just how happy I am that we found active martial arts for my daughter. It’s fun and amazing watching her to continue to learn and grow in her martial arts and in life, because of active martial arts teaching life skills. The Kyle’s are so good with her and have a ton of patience! My daughter has a lot of struggles she has to overcome on a daily basis. My daughter was born 8 weeks early which I believe is why she has multiple learning disabilities including, but not limited to dyslexia, dysgraphia, and dyscalculia. Plus she has multiple issues with her eyes like severe lazy eye, and 1 that deals with depth perception. It’s really quite amazing how far she has come in martial arts, but also her academics since starting. She needs my help a lot less and things are starting to click for her. On another note...this is NOT the martial arts facility where they are so strict some kids end up in tears. They do not expect perfection. They just expect the kids to be practicing, trying their best and using their life skills they teach in their every day life. They are so patient, kind, and gentle yet strict and firm where they need to be. 5 stars is not enough! 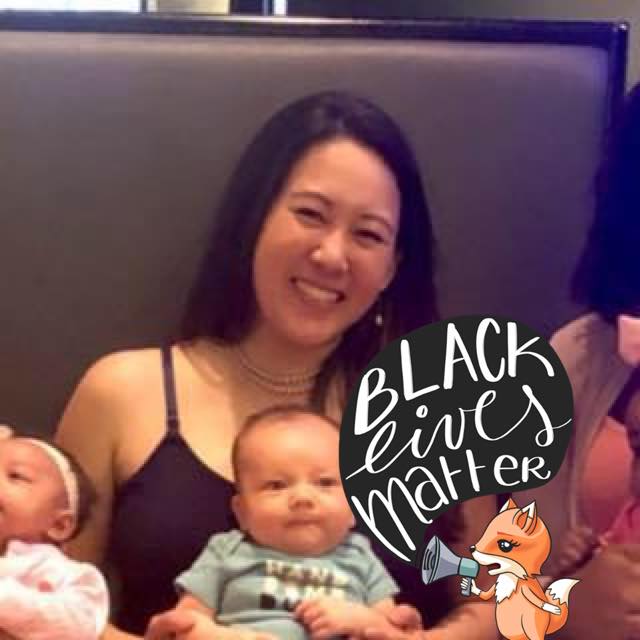 Active Martial Arts provides an incredibly positive environment for the predominantly school age students to practice not only martial arts, but essential life skills. Along with the kicking and punching, blocking and forms, the students develop confidence and become empowered with the school’s ever present “Yes I Can” mantra. Encouragement is always positive in nature and comes not only from the instructors but from fellow students as well. Along with learning to believe in themselves, students are taught the importance of being respectful of their instructors, their guardians and each other.

Lead instructor Cameron Kyle is as gifted in teaching as he is in martial arts. It is very apparent that he loves teaching as he always has a smile on his face and a high-five to give. He takes the time to personally get to know each of his students and always has positive words of encouragement for them. Mr. Kyle along with this father, owner Jeff Kyle, have crafted a leadership program within Active Martial Arts that has developed an awesome team of instructors all of whom came up as Active students.
All-in-all it has been a great experience being a part of Active Martial Arts, my son loves it, and we would highly recommend it. 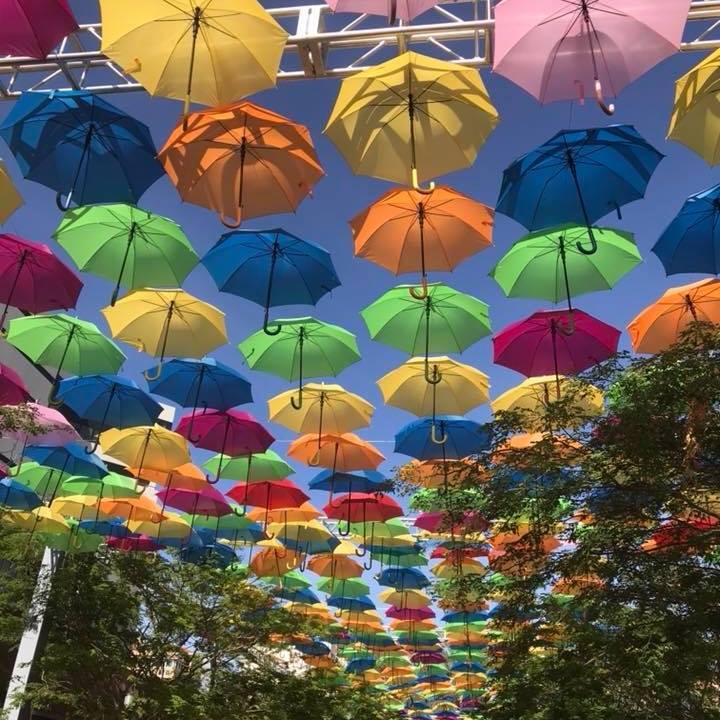 AMA has been a wonderful experience from the beginning. My two sons have been taking classes for a few months and absolutely LOVE going to class. Mr. Kyle’s teaching style is very dynamic and you can tell everyone is having a great time while learning. Each student receives individual attention and so much positive reinforcement! Not only are they taught Martial Arts and techniques but they are also learning valuable life skills such as how to deal with bullying, social skills, being respectful, and how to effectively yell for help when in danger. 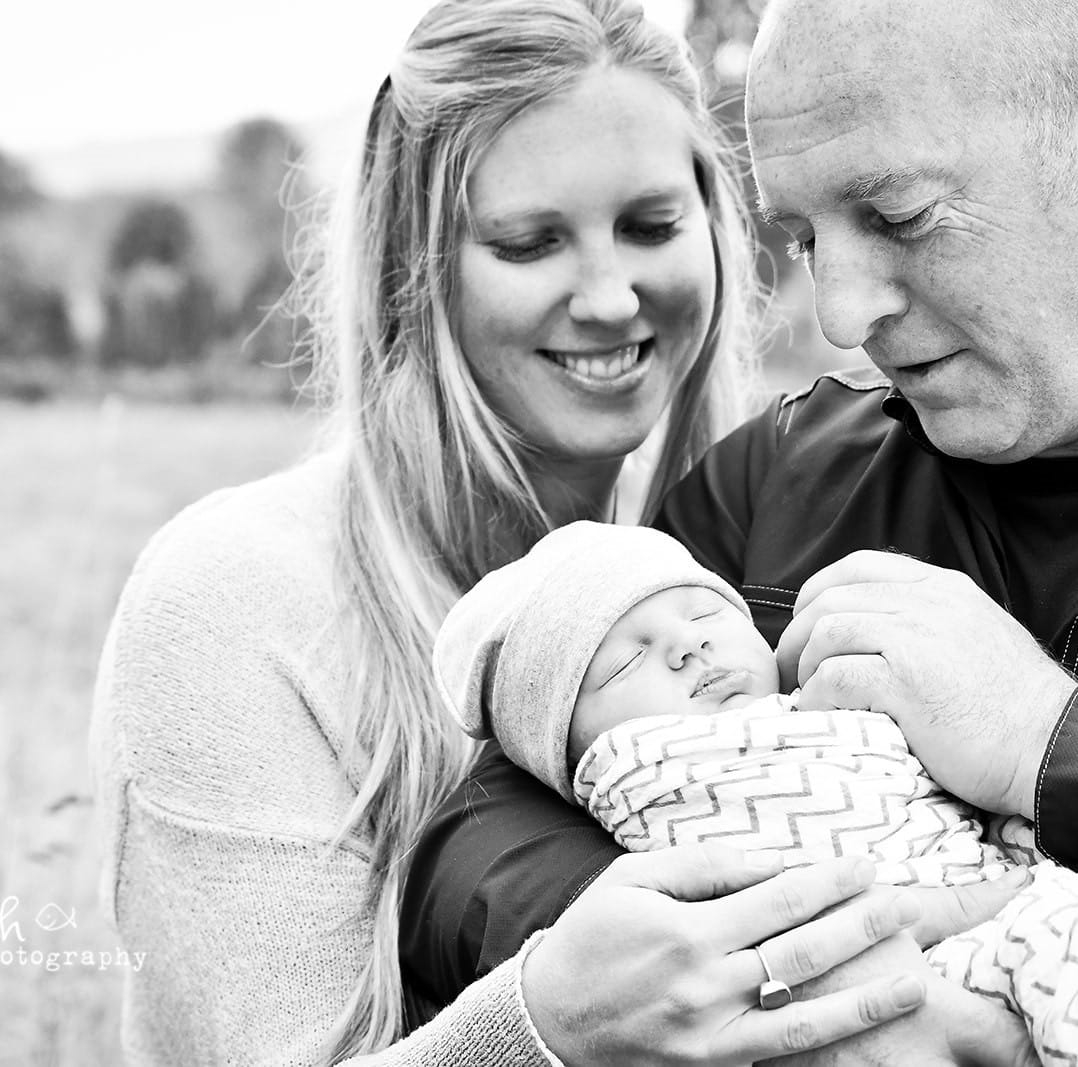 We love the Kyle's! The martial arts classes have been wonderful for our 8 year old to establish and reinforce what we are trying to teach at home and school, discipline, honor, respect, hard work etc. It has been a blessing to be a part of these classes and I love the positive "yes I can!" that is taught throughout each class!

Request information today to learn more about our programs! Get Started Now

Hey! I’m Cameron Kyle and I’m so excited you’re interested in our programs! I’ve been helping people in Ascension Parish achieve their goals for over 20 years!

Request information on our site and connect with us… then come visit the school and ask for me – we’ll show you around and answer any questions you may have. Excited for the chance to meet you!

Cameron Kyle is the owner and founder of Active Martial Arts, Active After School Program, and the Active Summer Camp; an organization with locations across the country. For over 20 years he has been helping residents in Ascension Parish (and around the country) become stronger mentally, physically, emotionally, and socially. Multi-style blackbelt Cameron Kyle has traveled the world teaching and training in the Martial Arts. Very few instructors can say they have tested for rank in a temple in Korea or lived in Thailand training Muay Thai daily. Cameron Kyle comes from a family of Martial Artists and has been a leader in the martial arts industry. He enjoys teaching students of all ages!

Certified Instructor in Taekwondo, and certified to teach ADD/ ADHD Children and Adults. Jeremy is a 5th Degree Blackbelt in Taekwondo and trained under Master Joel Neely (7th Degree Blackbelt) in Baton Rouge Louisiana. Cameron Kyle traveled to Korea and tested for his 4th Degree blackbelt in a Buddhist temple, in addition to training at the World Taekwondo Headquarters, practicing traditional Korean Archery, training with some of Korea’s most famous martial artists and national treasures, and eating some of the weirdest foods imaginable. None of this would this would have never been possible without connections from his Han Mu Do instructor, 8th Degree Grandmaster Dr. He-Young Kimm.

He is very active in our local community and as an active member of the Ascension Chamber of Commerce, serves on the Government & Community Development Committee. He has been a guest speaker and is well known at the vast majority of public education schools in Ascension Parish. He has trained the US Homeland Defense Department in teamwork and personal safety, the LSU Tigers football team in team building and conditioning, and has appeared multiple times on King 5 News, WAFB, and ESPN.